We’re starting to gear up for Oktoberfest 2011 here in Florence and we want to share our excitement with all the future FlorenceForFun travelers, so we have put together a great overview of the festival to ensure that everyone is as pumped up as we are!
Oktoberfest began as a royal merriment to honor the marriage of Prince Ludwig to his love, Princess Therese, on October 12, 1810. Prince Ludwig invited 40,000 of his closest friends and relatives to celebrate in the form of a royal horse race. On that joyous day the beer was flowing, traditional Bavarian food was consumed and live folk music was enjoyed by all, hence confirming that this event would commence for many years to come! The horse race was eventually cancelled but the tradition of beer drinking and celebration has continued for almost 200 years.
Although Oktoberfest has something for everyone, the main attraction to the festival is the BEER….the millions and millions of litres of beer. Last years Oktoberfest lured in over 6.5 million visitors consuming more than 7 MILLION litres of beer.  There are 14 different beer halls to choose from once you enter the grounds seating approximately 94,000 drinkers. The number of seats in the beer halls do not necessarily match the number of visitors, so it is imperative that you arrive at the festival early to guarantee a prime spot. On weekends the tents are open and serving beer from 9am to 11:30pm…which means you can enjoy a hefty 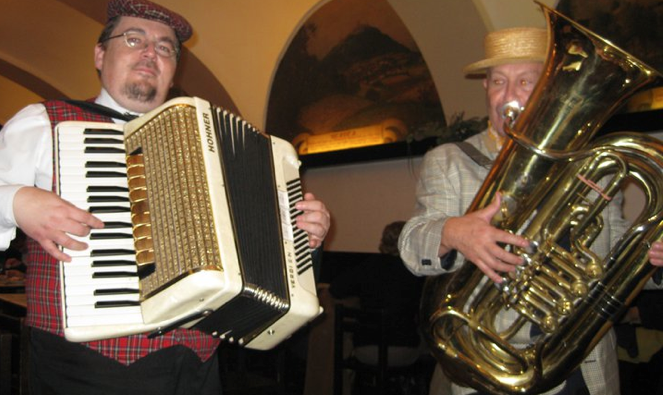 mug of beer for breakfast, lunch and dinner if you’re so inclined. There are many activities taking place in each one of the tents including live music, food, singing, dancing and of course…drinking. One of the highly amusing aspects of the beer halls are the hard working beer maids serving thousands of thirsty festival goers. The beer maids are known for their incredible strength, sometimes holding up to 14 litres of beer at once…you can’t imagine it until you see it in person! These beer maids will be your best friends and source of beer throughout the course of the festival, so be sure to tip generously! Each tent on the festival grounds offers their own variety of beer as well as culture and festival flare. We have highlighted a few of our favorite tents:
1. Hippodrom: One of the most popular tents at the festival known for its celebrity clientele as well as its reputation for being the “Singles Tent”. How much more romantic could it get?!?!
2. Armbrustschützen: This tent is famous for their historical Crossbow competition since 1895 as well as offering live music from legendary brass band PLATZL. Also in this tent the Paulaner beer flows pairing well with sauerkraut, sausages, pork knuckles and roast chicken.
3. Hofbrau Festhalle: This tent is the counterpart to the world renowned
Hofbraeuhaus located in the city center of Munich. This is the most culturally diverse tent that often attracts loads of Americans and Australians who are ready to party!
4. Schottenhamel: The tent in which Oktoberfest officially begins each year! The mayor of Munich enters this tent on the opening day of the festival and taps the first official keg at noon, shouting “O’zapft is!” which confirms the success of the tap. All other tents must hold off on serving any beer until after this takes place. This tent dates all the way back to 1867 and is now the largest tent on the grounds with close to 10,000 seats in total.
5. Weinzelt: The official tent wine within the festival of beers offering 15 varieties of wine as well as differing types of sekt (german sparkling wine) and champagne tasting. It’s a nice way to switch things up throughout the festival. 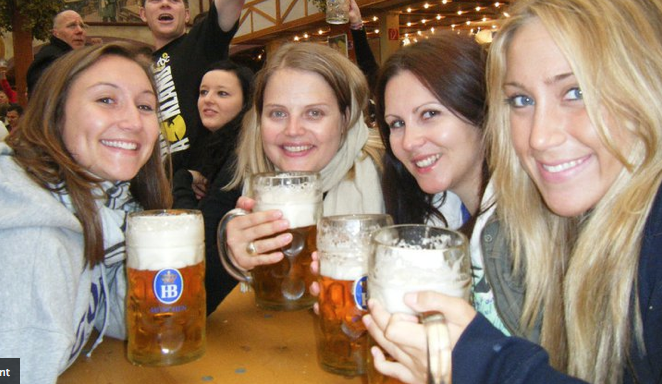 When you wish to take a break from all the beer drinking it’s time to hit up all of the traditional rides on the festival grounds! What could be better than some fast paced rides after a few litres of beer? We have included a more detailed list of our go-to rides:
1. The Big Wheel: The Big Wheel is a very popular ride among festival visitors: it’s 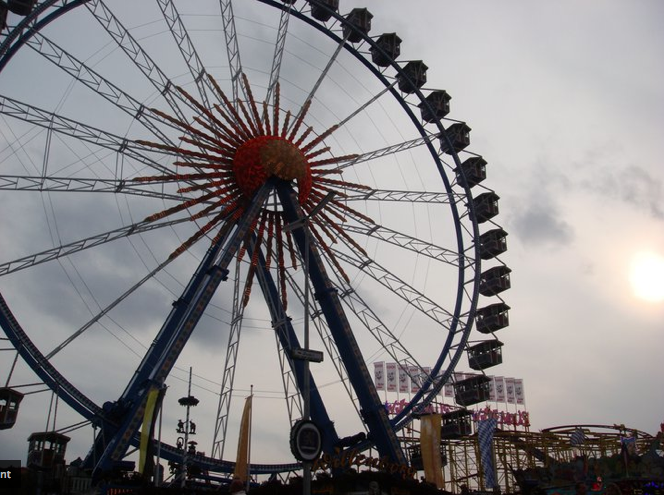 family friendly and allows you to take a break from the chaos that is Oktoberfest and enjoy the beautiful sights of Munich ranging from the Skyline, the Beer tents and the nearby Alps.
2. The Krinoline: Most timeless and nostalgic ride at the festival. An old carousel that made its Oktoberfest debut in 1924. In fact, it used to be pushed in a circle by strong German men while the riders enjoyed traditional folk music. Although the ride is now powered by modern technology, riders can still enjoy the music of the olden days performed by a live brass band
3. The Devil’s Wheel: This is a fun attraction for both the riders and the observers. It is a large plate shaped disc that holds about 10 people at once. The plate begins to spin faster and faster throwing people off left and right. When a few people remain on the disc, the ride operators begin to lasso them and throw miniature bean bags at them in an attempt to break their concentration and balance. The final person left on the devils wheel is deemed victorious! 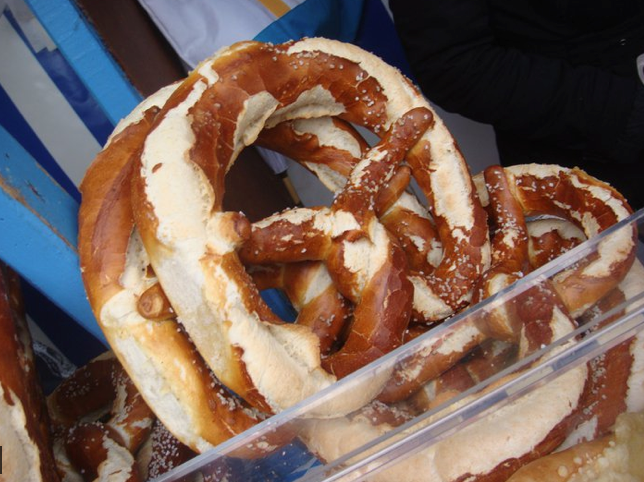 The local food and drink in Munich is very important to the tradition and history of the Oktoberfest. You will not have a problem finding at least one customary food that you enjoy! Traditional Bavarian delicacies include:


Beers are served in one size only…a litre! The litre glass mugs of beer are called a Mass and they cost around 9euro…not too shabby! The Beer at the festival is fairly hearty ranging from 4.5%- 6% alcohol level. There is also a beer-lemonade called Radler if you wish to have a lighter option.
While stumbling up and down the festival grounds you should know a few key phrases if you find yourself in conversation with a local:

Oktoberfest 2011 is sure to be a good time had by all, so get your lederhosen ready and join us for an unforgettable weekend! www.florenceforfun.com