Prague is a city full of history, fun and fabulous beer. Don’t be fooled by the cheap price tag that comes with your Pilsner, there’s much more lurking in the alleyways of this Central European city than just a good time.
Just after World War II Prague fell to communist hands and the first installation of nationalization of the economy took place. On February 25th, 1948 the Communist Party seized complete control and this date marked the official start of the Communist totalitarian regime and lasted until the Velvet Revolution of 1989. At this point there was another wave of nationalism and 95% of all privately owned companies were seized and become property of the state. In the following years, the economy steadily decreased and basic human rights were suppressed.
In the 1960s Communism began to take a turn and things were beginning to look up as party secretary Alexander Dubcek attempted to create a more humane side to socialism, “socialism with a human face”, he called it. The sixties saw greater freedom in politics and culture as changes were slowly enforced. Dubcek’s policies guaranteed people basic rights and sought to reduce the amount of political prosecution going on in the country.

In the spring of 1968 the growing freedoms reached the Prague government and the changes were seen as a threat to the Soviet Union. In response, on August 21, 1968, the five Warsaw Pact member countries invaded Czechoslovakia and from then on the Soviet troops occupied the country until 1989.
From the time of the changes in 1968, known as the Prague Spring, until the mid-1980s was known as a period of “normalization”, in which times the government attempted to put things back to the way they were before the reform. Any sign of rebellion or disapproval was prosecuted leading to the introduction of underground opposition and radical events such as when Charles University student Jan Palach set himself on fire in the center of Wenceslas Square in January 1969.
In these years, John Lennon became a hero among the pacifist youth of Central Europe. During the Communist rule western pop songs were banned by the government and authorities and they had a special hatred toward John Lennon. Lennon’s lyrics praised freedom and peace that didn’t exist during Communist occupation and the authorities attempted to prevent it in every possible way. 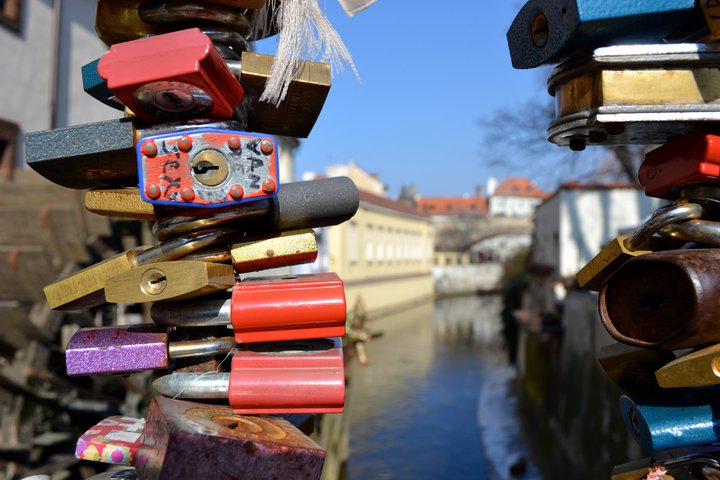 When John Lennon was murdered in 1980, the Czech youth were devastated and late one night one of these peace-seekers scrawled the words “You’ve got Lenin, now leave us Lennon”, across this random wall near the French Embassy. It was almost immediately painted over by authorities and the vandals faced jail sentences if caught, but the young Czechs couldn’t be dissuaded. They continued to plaster murals of Lennon’s face and lyrics promising a world that they didn’t know across the wall until it was impossible for the authorities to keep up.
Once the Communist rule ended in 1989, the wall became a tribute to the peace movement of the oppressed citizens of not only the Czech Republic but all Communist ruled nations. Today it’s a place to not only promote peaceful relationships and pay tribute to Lennon but also to declare your love and devotion to other important in your life and spread general messages of peace and love.
Growing up as an American, I was blessed with the love and peace that these citizens found themselves fighting for each and every day. No European History class can prepare a young adult to face the facts of what actually happened during the war and following years in these regions of Europe. This wall represents something that I have been lucky enough to have my whole life. The Czech peoples devotion to continue fighting for their peace against the authorities of their country shows more strength than many young people can even fathom. Beyond the history, the wall symbolizes what the human race should be fighting for every day of our lives, peaceful living and acceptance.